Home  |  Models, Principles, and Behaviours  |  The Imperative of Respect

The Imperative of Respect

I am inspired by people who resist hundreds of years of traditional prejudices in their relationship with other people of different race and culture. In the midst of the clamour of frustrations that seem to cascade all over our country, we find hundreds and even thousands of positive things happening every day. Those of us who care to look for them will find many of these experiences in our work place.

A great deal is being spoken and written about the imperative of overcoming racial and social prejudices but is not all that easy to apply in practice. It takes humility, courage and honesty to break down our personal prejudices. It is so much easier to blame others for our prejudices!

This column has presented many articles on seamless leadership over the years that are designed to empower people to move barriers to excellence and potential. Many leaders have been profiled who are really making a difference in breaking down prejudices along the way.

It is inspiring to come across instances where such leadership is applied on the ground at pit face level. It is a good thing for us to profile admirable great leaders who perform at lofty levels, but it is mainly at the basic work place that long standing prejudices are under immense pressure to burst out and harm people and our society. It is not only the white/black issues that impacts on the work place but many other prejudices and cultural attitudes of the past often complicate matters to a critical degree. All these negative factors seem to juggle for supremacy in their efforts to limit potential for unity and win-win growth.

I have the privilege of sitting down in personal leadership conversations on a monthly basis with several experienced miners who have leadership responsibilities over several hundred workers of vastly varying cultural, gender, language and ethnic backgrounds. Their situations represent South Africa in many ways. One of these we will call Buks. He is white and is part of a mixed management team that is slowly and surely learning how to cope with the new South Africa. In our conversations I drew from him three instances that move me with hope for our country. One situation we already reported on some weeks ago that involved his mentorship of a black woman who was one of the first to be appointed a manager in the traditionally male dominated mining industry. The other two instances also reflects his attitude in resisting generations of prejudice against the capacity of ‘black’ people, men and women, to perform under difficult circumstances in the high pressure mining industry.

He tells me that he was on the verge of having one of the workers fired because of his apparent unwillingness to respond to crucial safety and performance regulations. The worker had in fact received the final warning required before firing him. My friend Buks says that ‘something’ told him that this person has great potential and deserves another chance. He pulled the man into a one on one session and had a frank talk with him. He explained once again the values of the mine shaft and told the worker that if he was prepared to commit to living the values then he, Buks, will do his part and mentor him to become a leader. Buks tells me with a shine on his tough face that this man has responded and is on the way to being recommended for a senior leadership position.

The other example I drew from him is not quite so dramatic but involves a quiet worker that Buks also had a ‘good feeling’ about. This worker is now also in line for a senior leadership role.

I feel warmly about the manner in which Buks responded to simple ‘good feelings’ about the worth and potential of workers that he traditionally felt could not do the job.  This is a superb example of respect for the dignity and potential of others who are ‘different’ to us. 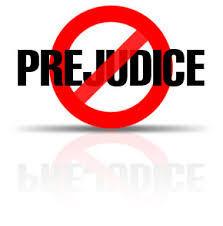 Respect for the dignity and potential of all people is at the core of the kind of leadership that this country needs desperately. It is about ‘good feelings’ towards others that enable even the toughest amongst us to mentor and support people of different backgrounds. Many of us may be committed in theory and philosophy to letting go of our prejudices towards those that are ‘different’ to us. It is however not at the mental level alone that we receive the power to respect and believe in the potential of others, but in the heart when we are honest enough to recognize our prejudices on an emotional and traditional level. Respect for our own infinite potential is at the core of respect for others. Prejudicial feelings towards others are indicative of our own negative self image.

Our personal leadership conversations include leaders across the board, coming from widely differing backgrounds of race, nationality, language and gender. We rarely if ever come across people that do not respond to respectful treatment by those they work under and with. The vast majority of people respond positively to demonstrated respect for their dignity and potential. This includes many appointed leaders that on prompting told me of years of painful prejudicial acts against them. They appeared to manifest a common attitude of responding positively on an emotional as well as mental level to the degree of respect and trust manifested towards them by their white leaders. In turn they now have both white and black workers working for them and are invariably keen to learn to be better leaders. Their attitudes are indicative of what is and should be happening in the new South Africa, and hopefully all of us will succeed in facing our own prejudices against others that are different to us.

We use the acronym Sharp leaders to portray those of us who develop a sharing, respectful and performing attitude towards our leadership and relationship situations. Sharp leaders are increasingly successful in motivating, directing and organizing people around them to move barriers to their potential. We meet many such leaders and they deserve our respect and gratitude for being part of the solution rather than being part of the indulgent and entitlement generation.