Having a leadership conversation with Neville Dunn is to enter an interesting world that many of us are oblivious to. He is the Managing Director for Masscash, a member of the Massmart group. Dunn was recently appointed, succeeding Robin Wright, who is the founder of the business.

Masscash is a massive multi-billion rand turnover business. It mostly embraces into its fold the ‘smaller’ privately owned retailer, who one could argue, compete more and more against larger retail groups such as Pick n Pay, Shoprite, Woolworths and Spar. They offer a vital ‘big brother’ support service to many retail businesses that are often in danger of being smothered by these large groups.

Masscash seems to be uniquely South African. As far as we can tell, no other business in any country seems to operate on exactly the same business model as they do.  His predecessor built the business mainly on trust and sound relationships and this remains one of Dunn’s major strategies. At the same time their business environment is changing rapidly and other strategic needs demand constant adaptation.  How does Dunn go about this major multi-billion rand leadership challenge?

An in depth understanding of his business environment. His extensive background in the low cost product sector of the economy is a distinct advantage. He is a qualified CA by profession and this is a valuable discipline in a field where good financial planning and controls as well as flexible operating models are crucial to success. He gives great credit to his predecessor and mentor for this.

Low cost image and attitude. For a CEO of a multi-billion rand organization, the head office and specifically the office of Dunn, is as unpretentious as we have seen anywhere. His personal life style also reflects an attitude that is remarkably relevant in the greater picture of South Africa. This runs contrary to what some may consider a general ‘fat cat’ image portrayed by many top executives in the corporate environment today. He grew up in the low cost business environment and believes that leaders should practice what they preach. He says: “For leaders it is all about the symbols we surround ourselves with and the message it sends to the world around us”. We found this attitude refreshing and wondered what it would be like if more top executives followed suit, especially in a society that is burdened with a vast and potentially explosive gap between haves and have-nots.

Focus on key elements. Dunn had one of those ‘breakthrough’ moments, that is often the case with top leaders. He realised that he needed to somehow condense an overwhelming list of tasks and priorities to just a few key elements, or risk being overcome with the task at hand. He invested considerable time and effort in eventually zeroing in on five focus areas. In essence he discovered that a leader cannot lead and make effective decisions in complexity. We find that all leaders worth their salt tend to find a way to simplify their specific challenge, which of course does not detract from the tasks level of difficulty. This approach brings about a sense of order and clarity of purpose.

Decision-making. Dunn finds it helpful for him and his team to divide decision making into two categories – ‘close to home’ and ‘far from home’ decisions. They come across many familiar issues that have been thrashed out in the past and are ‘close to home’. These decisions can normally be made quickly and decisively. Other unfamiliar situations may crop up that are ‘far from home’ and may require further collaboration and research. This is good common sense.

Building an effective leadership team. During the split from Cambridge, Masscash lost about half of its experienced executive team, and replacing skills in this highly specialised retail area is not that easy to achieve. The next management level had to step up to the plate and this ‘stretching of capacity’ is mostly a good thing. Yet, looking ahead, building the leadership and technical confidence of his executive team is a critical focus area and challenge for Dunn. 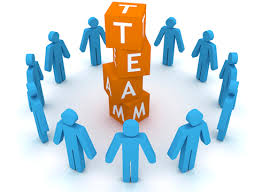 His expectation of his team

Authenticity. A leader must be authentic or else he is ‘found out sooner or later’.

Urgency. Leaders need to act with urgency when required. One way to do this is focusing on a demeanour of clarity. He builds organisational urgency partly by being very clear about the plan and then his usage of language and behaviour, which becomes an institution, followed by relevant structures that support urgency.

Not afraid to bump heads a few times. We learn from our mistakes and he expects his leaders to make mistakes on occasion, within reason of course.

Be clear on what is important. Begin with the end in mind.

Simplicity. People have a tendency to overcomplicate matters and seek further information unnecessarily before making decisions. The paragraph on decision making above is relevant here.

Accountability. He expects his leaders to occupy their urgent space and be accountable.

Courage as a leader. A certain brand of courage is a crucial attribute amongst top leaders, especially in respect of confronting one’s own potential weaknesses as a leader of a huge entity. Dunn admitted that it is not easy to do this. By way of example he stated that leaders often hide behind emotionality (acting highly emotional, especially during difficult times) and it takes courage to stop doing this; to try and remain consistent in ones behaviour towards staff. He also believes it takes courage to be vulnerable to a degree, so that others can relate to you in order for bridges to be built rather than barriers.

Credibility. In a large business such a Masscash, its credibility is a key factor that can make or break the organisation. This probably applies to most if not all business operations. Dunn believes that credibility is dependent on how we deal with people. A wise man once said that ‘people are always more important than projects’ and this is a key element in building credibility.

It seems Dunn is where he is today because of good education, great exposure and mentoring, extensive experience, humility, patience and as always, timing did its part. There was no shortcut. It appears he has the right temperament and combination of character, attributes and skills to navigate himself, his team and this unique business through what we all know to be turbulent and complex times.