I sincerely hope you have watched the movie Invictus. Not only does it remind us ‘forgetful creatures’ of our extraordinary political past, but it serves as an exemplary leadership case study. When I walked out of the theatre I was so ‘proud’ to be a South African; to have been part of that 1995 leadership era.

In fact I even sent a sms to Francois Pienaar, thanking him for his contribution to that magic period of our history. At the time I felt the film should be compulsory material for high school curriculum. I still feel this way and hope the Minister of Education would catch this vision.

I was reminded of an interview I did with Pienaar a few years back. One of the leadership and life principles that stood out was when he said: “I learnt early in my career that 50% of people like you and 50% don’t. That’s just nature. It does not matter what you do…some would brand certain actions as visionary while others would drag one down.” Pienaar explained that once he made up his mind that no matter what he did not everyone would appreciate it he almost felt liberated.

I asked Pienaar whether it is true to say that of that 50% who do not like the leader, most of them can actually respect the leader. He agreed fully.

He added that one cannot demand respect. It has to be earned through hard work, perseverance and living values consistently. People need to look back and be able to say that you gave it your all and even though they may not like you there is respect for what was achieved.

To be a great leader one must ensure that being liked or being self-centered does not weigh more than doing what’s right. One way to do this is to work hard at being guided by universal or true principles rather than being guided by how much others approve of one’s actions – the quote from Mother Theresa above is an example of a principle. Another principle is that one should do what one can to motivate followers so that they will perform at peak level and this should not be confused with doing things for the sake of being liked. So many of the really successful leaders have come to a realization that they are not in a popularity contest; that much of what they need to do in order to achieve is not popular or even understood fully by followers. 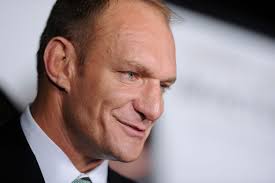 In fact, often leaders have to take followers to a point that they do not fully believe is achievable, that initially looks uncomfortable from a distance. Hardly anyone is naturally comfortable with ‘uncomfortable’, so when someone takes one towards this place it is easy to not like that person (the leader). But, when one arrives at that desired state the experience of success is so spectacular; so liberating; such a confidence booster; that one often suddenly forgets much of the negatives about the leader and therefore likes him or at least respects him.

Perhaps a necessary attribute of a great leader is to be able to defer recognition or being liked, for the sake of the bigger picture and principles. Followers sense a leader’s motives and if these are authentic and driven by principle rather than self interest, they will trust the leader and put up with the ‘uncomfortable’ journey.

Four additional messages Pienaar chose to give leaders on my show at the time were:

His message to young leaders was simply: “Live your dreams!”