Arend Kotze – CEO of On The Dot

Arend Kotze is the CEO of On the Dot, a one-stop media logistics solutions company within the Media 24 group. Their solutions include warehousing, delivery, distribution and much more. Kotze and the organisation is an interesting leadership case study, especially because of their exponential growth over the last decade and more so the last three years.

Well, Kotze is the man that found some of the answers to questions and continues finding it with his team. He is a simple Mechanical Engineering graduate that was raised on a communal sheep farm where approximately 10 families lived. His generation was the 8th on the farm. With him, what you see is what you get.

After studies he moved from being a Design Engineer in the Agricultural industry, to building a first ever steel plant for three years while doing his MBA, and then shifting from the North of South Africa to Pep Stores in Cape Town where he eventually became responsible for implementing a back office computer system and project managing the entire point of sale process.

One of the earlier and important lessons he learnt on his career path was that if you really want something you must be willing to go for it. He and his wife made a conscious decision to move to Cape Town and raise their children there. To make this possible he accepted a job with a 40% drop in salary. They never looked back.

In 2000 Kotze started at Naspers and the brief was to transform their logistics warehouse into a business. This was the first time that he felt like he had a free hand to implement his beliefs and philosophies. How did this ordinary farm boy manage to deliver on this brief? You will find that it was no rocket science but the golden thread is simplicity.

As Leonardo da Vinci said “simplicity is the ultimate sophistication”

Kotze’s instinctive approach at the time was twofold:

His second philosophy is that no human being app 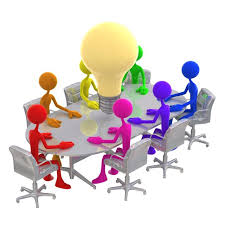 reciates being made a fool of or being embarrassed. The principle: treat people with respect. Hence he worked hard at creating an environment that got rid of the ‘Mnr’ or ‘Mr/Sir’ culture.

His third philosophy was taught to him by his grandfather. It is that when any person makes a decision they believe at that moment that it is the best one to make. In other words hardly any rational person makes decisions with the intention of getting it wrong. They do what they think is best with the given facts at that given moment. The principle: Don’t judge mistakes made too harshly, especially because you have the benefit of hindsight. The exception is when the same mistake is made over and over. In such an instance a person is either doing it on purpose or they are simply not as interested as others in learning the right way.

At On the Dot they have worked hard at bringing to life the above philosophies and principles by teaching people how to communicate, how to problem solve, how to focus on continuous improvement, how to grow and make decisions, and so on. Together with this they started creating a culture where employees have the freedom to make decisions, within their sphere of influence.

They also grasped the age old truth that the man delivering products to the customer is actually the face of the business and should therefore be assisted in every possible way to perform, as the most important person in On the Dot.

Years ago Kotze learnt of a formula: PRODUCTIVITY = POTENTIAL OF A PERSON – INTERFERENCE. I believe one can replace the word productivity with ‘leadership’ or even ‘empowerment’. They have worked hard to implement a culture that sustains this formula; a culture where employees feel it is their business.

Kotze has learnt that when one’s organisation consists of 60 people it is easy to mobilize, motivate, get people to follow you. Even with 250 people it was relatively easy as anyone that joined the company was exposed to a core group of leaders that lived their culture of excellence with passion.

With such incredible growth Kotze has had to keep up himself, ensure that he grows, develops. What he tried to do to keep himself on his toes was the following:

Arend Kotze really is a simple and down to earth individual – what you see is what you get. And, he has thus far succeeded in cascading his simple philosophies and values into the business, which seems to be one of the core ingredients for his and On the Dot’s extraordinary success.

His biggest leadership test yet will be to continue on the path of simplicity over the next year or two. Somehow I think he will succeed.