A unique and strong passion in a particular field is a common trait among leaders. The global socio-economic and political landscape is changing at a rapid pace. In fact the speed at which this is happening continues to surprise most so-called experts. What impact is this having on leaders and leadership issues, such as decisions around succession at CEO level, or developing leaders of the future?

For example, an organisation’s board may have their sights on a specific individual to replace their outgoing CEO. This leader’s profile may match their perceptions of the type of person needed to make radical changes to the company. But, suddenly the globe and country slips into a recession.

Should the board not rather now focus their sights on someone with a different profile – more conservative perhaps; someone that is able to manage detail around finance and cash flow? Should the profile of the successor be adjusted to someone more risk averse, at least for the next two to three years?

And so one can ask a few pertinent questions around succession.

For many years I have been interviewing top leaders and from there, naturally, I moved into the field of leadership development – coaching and training.

After all these years I believe I may have arrived at an interesting and even alarming assumption, which may drill right to the heart of whether or not leadership development programmes of today are having the desired effect.  Are they effective enough?

You see, the luxury of having time to develop your leaders to cope with current and future challenges has been radically reduced.

Let me explain. When I spend time with those who are on their leadership journey, I often ask them to draw up a long list of “great” leaders – dead or alive.

Such lists, depending on the geographic location of the group, may include leaders like Gandhi, Mandela, Churchill, Branson, Hitler, Clinton, Ramaphosa, Pienaar (rugby), Thatcher, Zuma, Mother Theresa, Obama, Knott-Craig (Vodacom), Nhleko (MTN), Gates, Welch and many others.

Every single time, the list is made up of individuals who have different styles and approaches, ranging from autocratic to consultative, and at times from “good” to “bad” individuals.

I started realising that people struggle to separate “great leaders” from individuals who have achieved the extraordinary – built empires; changed the course of nations; turned companies around; led sports teams to victory; led a revolutionary movement to success; and so on.

In other words being a great leader seems to be synonymous with accomplishing the extraordinary, be it the autocratic or consultative way.

Another somewhat shocking realisation has been that very few of these great leaders seem to have attended formal leadership training courses, as presented in many companies today – classroom style, meticulous psychological assessments and so on.

And if they have, it may have been a short course here and there, but these were very seldom, if ever, defining moments on their journey to the extraordinary.

My passionate purpose has been to uncover which factors unique individuals have in common. Formal leadership development courses are not one of them.

Of course, most training courses on listening, assertiveness, communication, leadership theory, EQ development, business skills etc help develop a person and, in some cases, their technical skills. But, in isolation, participants will never ever become leaders that can accomplish the extraordinary. 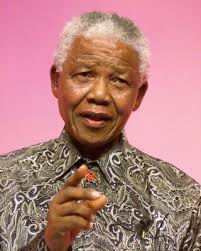 So, my simple theory is as follows: The common, universal factors that had to be present before these leaders could accomplish the extraordinary, despite different situational dynamics, are:

1. Extraordinary opportunities or situations were either thrust upon them or they went in search of these, and then they moved the situations successfully. In some instances this happened by chance (unexpected promotion) and in other instances not (consciously starting a business – Adrian Gore, Tokyo Sexwale, etc).

Invariably these opportunities were difficult, challenging – not in the comfort of an MBA classroom.

Case studies would not have sufficed. The authentic pressure of real life was there – being appointed as captain of a team that plays in a world cup; being seconded by a political party to negotiate the future of a country; being invited to prepare for and start a new business in the telecommunications industry; and so on.

2. An extraordinarily strong internal desire, motivation, passion to want to reach the extraordinary existed, especially within those leaders who proactively went in search of an opportunity to move.

This drive may have been selfish (I want to be the best no matter what), extremely personal (I have to prove to my dad that I can be successful) or noble (I want to make the world a better place) in its nature. But, it was so dominant, almost a burden so heavy that it was difficult to carry or control.

This desire played a dominant role in all great leaders accepting the challenging situation that was thrust upon them and that ultimately led to the extraordinary.

Of course there are exceptions where an individual was perceived to not possess this exceptional drive, but his leader detected the potential and then thrust a situation on him, which then sparked the drive.

There are also individuals that have situations thrust upon them, but they decline, for what ever reason. Perhaps, in some instances because this motivation is not strong enough or there may be personal factors at play.

Alan Knott-Craig was not the first leader offered the opportunity to start Vodacom. He may have been the third or fourth. But, more often than not, the person that has this extraordinary passion will accept, as did Knott-Craig.

If you read my article about Raymond Ackerman, you’ll note that this point featured strongly.

All leaders who have achieved the extraordinary had something driving them.

3. Extraordinary luck, or fortune or destiny or fate or whatever you call it, played a role.

What percentage luck plays I don’t know, but without it, no leader on the list would have reached the extraordinary.

Yes, “the harder one works the luckier one gets”, but “luck” is still a critical factor in reaching the extraordinary. I do not only refer to the so-called luck of being at the right place at the right time, but there are daily occurrences in leaders’ lives that can only be explained as luck. Test it…

4. These leaders were always influenced and/or inspired by significant others – extraordinary associations. It may have been a father, mother, manager, a friend’s parent, a teacher, someone they read about, or whomever.

Does this mean all leadership training out there is a waste of time? I don’t think so. But, if your intention is to develop yourself and your leaders to achieve the extraordinary, then read part two of my column next week to find out what variables must come into the mix.