The Leadership X Factor of “Office”

The term ‘office’ as used in the article is a synonym for function, job, capacity or position. The reason why ‘office’ is listed as a significant leadership X Factor is that research over the years reinforces the principle that our ability to separate the person from the ‘office’ can make a dramatic difference to our own performance as leaders.

Confusing the person with the office

The natural inclination to confuse a person’s office with the person is a common occurrence in the work place. It is probably one of the major triggers of frustration and even animosity between workers. It is a serious obstacle to unity and performance. Leaders who make this mistake tend to be constantly embroiled in contentious and frustrating relationships. The ability to separate people from their offices requires a high level of emotional maturity, and for this reason it is a rare occurrence.

As background to the article we quote from the CEO Leadership Handbook:

Setting aside for the moment negative feelings we may have for our boss and leaders in general, we ask you to think carefully on the universal principle under discussion. Those who understand and embrace the principle of supporting the office of their leader, as opposed to supporting just the person, are amongst fortunate elite that find life more tolerable and enjoyable than the rest.

Obviously the action and values of the leader is a crucial element of organisational success. But we are speaking of our own individual attitudes towards the offices of people we come in contact with. The character or lack of character of a leader is a different issue.

My oldest son the other day quoted my saying: ‘I have no enemies; my friends are my problem!’ I have many friends of all kinds and persuasions. Some of my friends have a habit of critiquing those in leadership roles in our country. I have no problem with the democratic process of criticising the mistakes or lack of commitment of our societal leaders. But the constant practice of confusing the person with the office and showing no respect for the office of that person is a matter of great concern. Some of us see democracy as the right to criticise without consequences. All legitimate offices or positions in our country demand our respect, even though we may lack respect for the person in that office.

The fibre of a 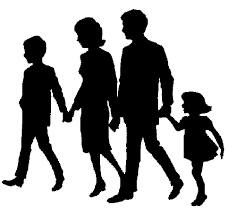 nation is woven day by day by the parents in our homes. No office on earth is more important than that of parent. As a society we are fast losing respect for the office of mother and father and replacing it with what we call human rights. We are in danger of throwing out the baby with the bath water. By this we mean that our pursuit of human rights may destroy our respect for the office of parents. It is not an easy balance to maintain.

Taking emotionality out of the picture

When we confuse the person and the office of that person, we tend to generate emotionality that sometimes reaches incredible dimensions. Reason and respect simply fly out of the window. On the other hand, when we are aware of the distinction between office and person it invariably makes a significant change in our attitudes.  During the past week I discussed this principle with two leaders who understand the distinction and I received the following responses from them:

Leader A: In the past this leader often found the words of his boss in meetings to be hurtful and he tended to build resentment whenever the boss criticized his actions. Now he carefully listens to his boss and finds that very often the words of the boss reflect the requirements of his office and are not designed to be personally offensive. He finds now that his boss does not carry grudges and speaks his mind in support of his high office.

Leader B: As he applies the principle of separating office and person with his reports, he finds that normal disagreements regarding lack of performance by his reports now seem to lose a lot of emotionality and their relationships are on a far stronger footing. They are now speaking office to office, rather than person to person or emotion to emotion. He finds it far easier now to impose dignity and discipline because relationships do not get ‘personal’ at the drop of a hat.

Richness and quality of life

We would like to hear from our readers as they practice the ‘office’ X Factor in their relationships with their reports and with their bosses and associates.  Life takes on a significantly richer quality when we embrace an attitude of respect for the dignity and importance of the office of the other person. Our society has a nasty habit of constantly tearing down our leaders without due respect for their offices. It is true that levels of trust towards our leaders have been seriously damaged because of corruption and immoral practices. However, our own life reaches a higher level when we differentiate between office and person and manifest more respect for the office. It is quite amazing how this approach makes us far more tolerant of the perceived blemishes of others! It is also no wonder that people who are less judgmental of others tend to be more respected by others.

May our readers have a great Christmas season by being a little more tolerant of others!