Todd Christofferson, a spiritual leader based in the USA recently made the following bold comments during a global satellite conference: “The societies in which many of us live have for more than a generation failed to foster moral discipline. They have taught that truth is relative and that everyone decides for himself or herself what is right. Concepts such as sin and wrong have been condemned as ‘value judgments.”

When I read this and more the first thought that entered my mind was whether this statement is relevant to South Africa?

He continued: “As a consequence, self-discipline has eroded and societies are left to try to maintain order and civility by compulsion. The lack of internal control by individuals breeds external control by governments. One columnist observed that ‘gentlemanly behaviour (for example) once protected women from coarse behaviour. Today, we expect sexual harassment laws to restrain coarse behaviour… Policeman and laws can never replace customs, traditions and moral values as a means of regulating human behaviour. At best, the police and criminal justice system are the last desperate line of defence for a civilized society. Our increased reliance on laws to regulate behaviour is a measure of how uncivilized we’ve become”.

One dominant South African example that comes to mind is that we have a serious crime scourge that most of us expect should be curbed by law enforcement structures. But, if the above comments are remotely true then perhaps we are not as civilised as we believe because we as a nation are gambling with the future of our children by depending too heavily on our “last desperate line of defence”.

Christofferson had more to say: “In most of the world, we have been experiencing an extended and devastating economic recession. It was brought on by multiple causes, but one of the major causes was widespread dishonest and unethical conduct, particularly in the US housing and financial markets. Reactions have focused on enacting more and stronger regulation. Perhaps that may dissuade some from unprincipled conduct, but others will simply get more creative in their circumvention. There would never be enough rules so finely crafted as to anticipate and cover every situation, and even if there were, enforcement would be impossibly expensive and burdensome. This approach leads to diminished freedom for everyone. In the memorable phrase of Bishop Fulton J. Sheen, ‘We would not accept the yoke of Christ; so now we must tremble at the yoke of Caesar’”.

And then he makes this powerful statement:

“In the end, it is only an internal moral compass in each individual that can effectively deal with the root causes as well as the symptoms of societal decay.”

What should we insist from ourselves and our politicians, or in fact all leaders in society? Remember, we are depending “too heavily on our last desperate line of defence” – our law enforcement agencies and government structures that legislate. And how would you, the reader of this article rate the performance of our ‘last line of defence’? Though there may be genuine effort by many, are they at least turning the tide of violent and hate crimes, corruption, dishonesty, selfishness, and other illnesses in society that stem directly from terminally ill or deficient moral compasses? The answer is obvious.

We have to find a way of urgently and effectively, with a collective realisation that time is of the essence, address that precise part of society where moral compasses are shaped. We cannot afford to get this one wrong, especially for the sake of future generations. What should we do differently so that we can experience different results, rather than continue debating and doing the same things over and over while expecting different results, which of course indicate a form of insanity?

Moral discipline is learned at home, in the family. This is the first school of morals, 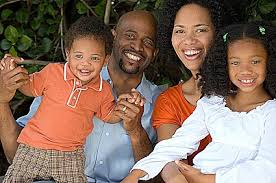 discipline and leadership. This is where virtue is and always will be implanted into the rising generation. This is that exact point, the most important unit and educational institution of society where we have to focus as a nation. In other words, as a society we should vigorously shift our energy on ensuring successful families. If we do not do this now we will forever become dependent on laws and those that enact them for changing self destructive behaviour. In short, we will become increasingly uncivilised as we allow the pool of the morally undisciplined to rise through our debilitating social structures.

Christofferson ends his talk as follows: “We cannot presume that the future will resemble the past – that things and patterns we have relied upon economically, politically, socially will remain as they have been. Perhaps our moral discipline, if we will cultivate it, will have an influence for good and inspire others to pursue the same course. We may thereby have an impact on future trends and events. At a minimum, moral discipline will be of immense help to us as we deal with whatever stresses and challenges may come in a disintegrating society”.

But first, let us change the trend of leaving the family unit to tread water in a rising pool of negative influences, which threaten to weaken or even destroy this very institution that can ensure we reach our potential as a morally sound nation. Let us strengthen the family. In simpler terms, let us go back to the beginning, for if we don’t, the end, a disintegrated society, will over power our nation’s already proven potential sooner rather than later.