Home  |  Characteristics, Attributes, and Qualities  |  Have the Guts to Lead with Love

Have the Guts to Lead with Love

The Bible gives us an excellent definition of agape love; a beautiful definition for leadership, too.  In trying to understand leadership and develop my own framework I’ve come to realize that leadership is a choice.  As leaders we choose how we want to behave. We choose to let our ego’s rule our arrogance or we choose to love the people we lead.

In my first real leadership role I can clearly remember using my positional power to force everyone to do my will.  The more I wanted done the more everyone on my team wanted to please me.  After my first few years in the role I thought I was doing a good job, the truth was I was lonely, progress was slow, staff were inflexible and it wasn’t very much fun.

Then the light came on. I remembered the words Brand Pretorius spoke many times while I was at McCarthy “Throw away your ego and work on your character.”

I realized I was forcing people to do my will, even if they chose not to. What I needed to do though was build influence and authority, the skill of getting people to willingly do my will because of my personal influence.

It was only years later when trying desperately to figure out what characteristics define a great leader that I stumbled across the concept of love.

In many people’s minds, love is considered un-businesslike, something that should only be found in the professional lives of nurses, doctors, social workers and the like.

“Having the guts to love”

The truth is that love is gutsy, a decision of the will, made out of the commitment to the well-being of others, even when the decision is inconvenient or even costly.

Gutsy leaders choose to love even when they don’t feel like it, because rising above one’s own ego requires a strong will, discipline and a sense of security. It takes guts to, for example, tell someone about their rough edges in a performance review because you want them to succeed.

Love is rather narrowly defined in English, and most of the definitions involve feelings. That’s not what I’m talking about. The Greeks use a noun “agape” to describe a more unconditional love, a love rooted in behaviour towards others without regard to their own, a love of deliberate choice.

The New Testament in the bible gives us an excellent definition of agape love. It’s found in first Corinthians, chapter thirteen and is known to be a personal favorite of Abraham Lincoln, Thomas Edison, and I remember using it at my wedding. It essentially says love is patient, kind, not puffed up or arrogant, does not behave unbecomingly, does not seek its own, does not take into account a wrong suffered, does not rejoice in unrighteousness but rejoices in the truth, bears all things, endures all things.  Love never fails.

Although written nearly 2000 years ago, I submit this as a beautiful definition for leadership today. The power of the definition lies in the detailed definition of each word:

Patience is about showing self-control. I’ve learned that it’s important for a leader to create an environment that is safe for people to make mistakes without worrying about some crazy person going off half cocked.

If you spank a baby who is learning to walk every time they fall, they won’t think much about walking.  They’ll probably decide it’s easier to just crawl around, keep their heads low, and not take risks.  Just like a lot of employees I know.

Kindness is about giving attention, appreciation and encouragement.  It’s about how we act, not how we feel. I have come to believe that by far the greatest opportunity we have to pay attention to people is to actively listen to them.

Many people wrongly assume that listening is the passive process of being silent while another speaks. Instead we tend to listen selectively, make judgments about what they say or direct their conversation. Active listening is about attempting to see and feel things as the speaker sees and feels them. Kindness is also about praising people in a sincere way for specific reasons. 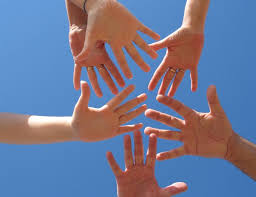 Humility is being authentic and without pretense or arrogance.  I’ve observed over the years that no one likes a know-it-all, and arrogant leaders are a real turn-off for most people.  People relate to humble leaders – leaders who are real and authentic with people.

Respectfulness is about treating others as important people.

Selflessness is about meeting the needs of others, putting others’ legitimate needs before your own.

Forgiveness is about giving up resentment when wronged.  It’s not about picturing how things didn’t happen or not dealing with the things as they arise.  To the contrary forgiving behavior is dealing with situations as they arise in an assertive manner and letting go of any lingering resentment.  As a leader, if you don’t let go of resentment, it will consume you and render you ineffective.

Honesty is about being free from deception.  This is the quality most people put at the top of their list of what they want most from their leader. Honesty is about clarifying expectations of people, holding people accountable, being willing to give the bad news as well as the good news, giving feedback, being consistent, predictable and fair.

Lastly, commitment is about sticking to your choices. The committed leader is dedicated to growing, stretching, and continuously improving – committed to becoming the best leader they can be and that the people you lead deserve.

I’ve never thought leadership is easy. These behaviors will require us to serve and sacrifice for others.  We may have to sacrifice our egos or even our bad moods on a particular day. We may even have to sacrifice by loving and extending ourselves for people we may not even like!

No matter how diligent or intelligent you are, leading without love will result in you being ineffective to the people you lead. Your leadership will be like the sound of a gong!

The choice is yours.

This article was featured in the: