Home  |  Characteristics, Attributes, and Qualities  |  A Time to Evaluate

A Time to Evaluate

This is the Christmas season. It is a time of gifts and appreciation and enjoyment of the miracle of life in general. In the spirit of the season I desired to share something worthwhile with the people I have personal leadership conversations with during the course of the year. In pondering what to give them I decided that a valuable gift would be to help them be more aware of their heritage and growth during the past year as leaders and servants of society.

I asked several of these leaders what leadership lessons they learnt over the past year. I received some surprising and inspiring answers. We want to share some of these with you.

Names have been changed in order to avoid inadvertently revealing confidential personal information.

‘This has been a great year for me. I have been made more aware of my ingrained leadership instincts and talents than ever before. I have focused on mastery of processes that have boosted my ability to build relationships of trust with my reports and colleagues. I have enjoyed my work far more than previous years in spite of immense pressures around us. During the past three months we have performed better as a team than in the past three years…

‘The personal leadership conversations have also made me aware of my mission to share my talents and energy with others around me. This is my duty that I try to embrace with passion. The consequences are soul satisfying.

‘The past year has also made me more aware and grateful for the hand of the Lord in my life, for my great family and for talents and opportunities He has given me to serve others as well.’

I want to add to Gert’s comments as an outsider consultant. He has in the course of the year acted pro-actively as a mentor for several other young leaders and made a significant difference in their development. Gert is a superb example of an Afrikaner that is part of the solution to the challenges facing our country. He has buried prejudices from the past and replaced them with a passion to endow others around him with a seamless attitude that moves barriers to potential at all levels. He is a joy to work with!

He comes from a completely different environment than Gert. He is also embracing leadership principles with passion and great courage in the face of serious challenges over the past year. He tells me that he has grown significantly in confidence as a leader. Because of his natural fighting spirit he tended to be confrontational in the past, especially with his boss who is a strong heavy weight in the industry. He has learnt to look at his boss in a different light especially in the context of respecting the office of the leader, rather than emotional judgement of the person. His boss has now become a respected friend and the management committee is so much the stronger as a result.

When I had a recent personal leadership conversation with Hilda she was in the midst of a serious crisis at work. From experience I have learnt that such pressure times are the ideal opportunity to discuss and share leadership principles. We spent an intense hour discussing and debating the challenge she was facing. On the surface the situation seemed to be emotionally charged to the extent that it could be relationship and career threatening.

What a privilege it is to go on a leadership journey with a person that is courageous, professional and endowed with a sincere desire to live up to her great potential as a leader and also embrace the values of the organisation she serves!

After we discussed the specific challenge she was facing, I asked her to brief me on her growth as a leader and person during the past year. After pondering this question she shared several principles with me. The one achievement she was most proud of was the manner in which she has empowered her colleagues and reports to perform their duties whereas before she tended to jump in and do everything herself.

Speaking for myself, what impressed me the most about this young leader is the courage and honesty she manifests in tackling a potentially traumatic challenge. After sharing the hour with her I believe that she will master the situation with courage and perspective and come out of it a better leader and person. 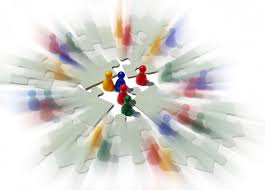 Harry is a member of a dynamic management team. Their leader is a driven achiever who is passionate about their business. Harry has had a difficult year in trying to keep up with the tempo set by his boss. They operate in a very competitive top end electronic environment that requires a flexible and dynamic leadership approach.

As we discussed his feelings relating to his growth as a leader during the past year, Harry told me that he was a control freak before and battles to let go and allow his management team to do their job. With the support of his boss he has made significant inroads into this challenge and the managers who report to him are responding accordingly. He is succeeding in building a leadership team.

Harry also told me of his growth in embracing a positive seamless leadership attitude. We enjoyed an inspiring session in discussing the nature of a positive attitude and how we need to work on it every day. During the past year Harry has grown significantly is his respect for the imperative of a seamless attitude. He believes a positive attitude is really the major X Factor of leadership!

I also sat down with my wife and asked her to share her growth experiences over the past year with me. She said she needs to think about this. I shared with her my feelings that the value of the exercise is to spontaneously ponder her deep-rooted feelings regarding the experiences of the year and appreciate her heritage. It is all about sincere feelings of appreciation.

As I expected, my wife delighted me with her discerning spirit and she told me of the growth of her faith in universal principles that emanate from her faith in God.

Some may feel that her year was traumatic in some respects, but her feelings do not support that attitude. In spite of the pressures of life on her family she is profoundly grateful for confidence that things always work out for the best.

The column’s gift to you the reader is to ponder the impact of the past year on you as a leader and a person. You will discover that your positive heritage is the only present you can really take with you into the New Year!